Heart is a hugely successful female-fronted hard rock band that started in the 1970’s. The band, whose earlier sound fused elements of folk-rock and power ballads, by the mid 1980s had shifted to a power pop sound that would bring the band its greatest success yet. Heart's classic rock status with a new generation has already been ensured with their appearances on two Guitar Hero video games: "Crazy on You" on the second edition and "Barracuda" on the latest Legends of Rock game. These Rock and Roll survivors are going strong with some new blood in the line-up and are currently on tour in support of their latest release Jupiter’s Darling. Bassist Ric Markmann plays the ,b>EMG-35DC, BQS Control, and PA2. Whether on the road or in the studio, he relies on the reliability and tone of EMG pickups to keep the band as hard rocking as ever. 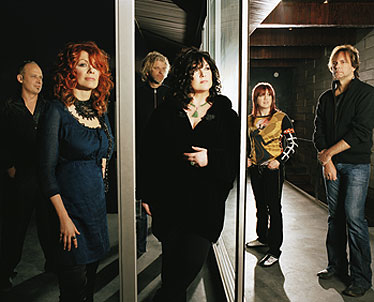