Jeanne Sagan/ All That Remains

Jeanne Sagan is the bassist and backing vocalist for metalcore band All That Remains, having replaced former bassist Matt Deis.

She is from Springfield, Massachusetts. All That Remains' third album The Fall of Ideals is the first she has recorded with the band. Sagan had played in Light Is the Language, The Acacia Strain, and Ligeia previous to joining All That Remains.

She worked merch on the first Sounds Of The Underground Tour for Prosthetic, it was the first tour she was ever on. Durring that same tour, ATR lost their bass player, since she knew them from home she stepped up and joined the ranks after SOTU was over and have been with them since. 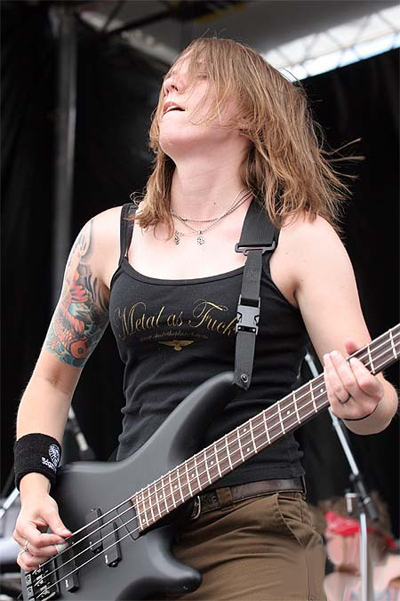