My Dying Bride is a metal band who has been at the forefront of the British Death/Doom movement from 1990-present. According to Last.fm, they are known for their "slow yet extremely heavy riffs and haunting lyrics. Relentlessly slow, thick, heavy chords allied with remarkably morose lyrics make My Dying Bride a unique proposition and certainly a challenge to the listener." Since its debut, the British group has remained steadfast in an unwavering pursuit of extreme Metal, ironically enjoying the rewards of an international fan base despite the noncommercial nature of its output.

Bassist Lena Abe plays our 40CS in the neck, the 40DC in the bridge and a BQS system in her Mayones built axe. MDB has their their tenth studio album For Lies I Sire going into wide release this March, and it is described as "heading for empty and bleak with flashes of rage." Sounds good! 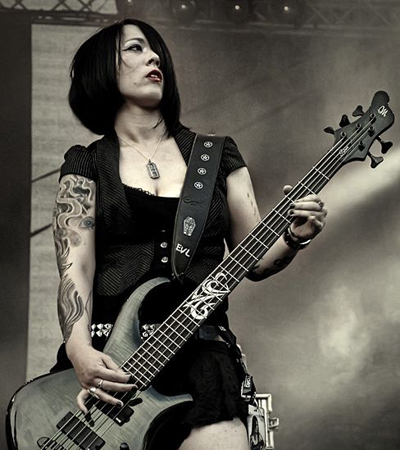 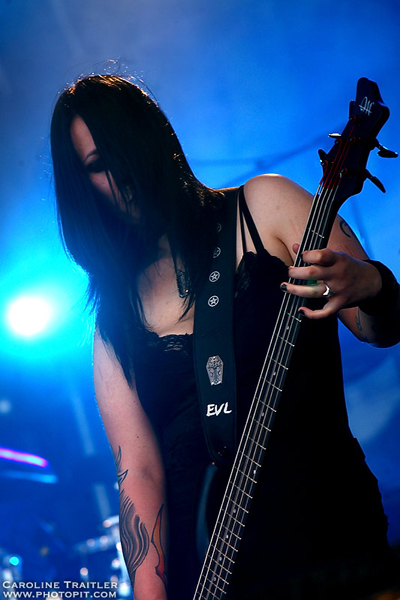