With elements that come together like a stroke of genius mixed with equal parts madness, Virginia’s extreme sound nihilists PIG DESTROYER, deliver savage grindcore that is both intentionally confrontational, and thoroughly pummeling. Guitarist Scott Hull can be seen as the driving force of Pig Destroyer's sound considering the lack of a bass player. He uses a multiple amplifier setup with rigs set on either side of the stage during live shows, spreading out his sound to fill the void left by the missing bassist. His distinct sound is also aided mightily by his use of the EMG-707TW and EMG-808. His response to the 707TW was not unexpected, but nice to hear nonetheless; “Holy crap!, I just had the 707TW installed. Sounds huge, fat and just as big as the 808 in my RG. I cannot wait to record with this thing!” You gotta check these guys out! 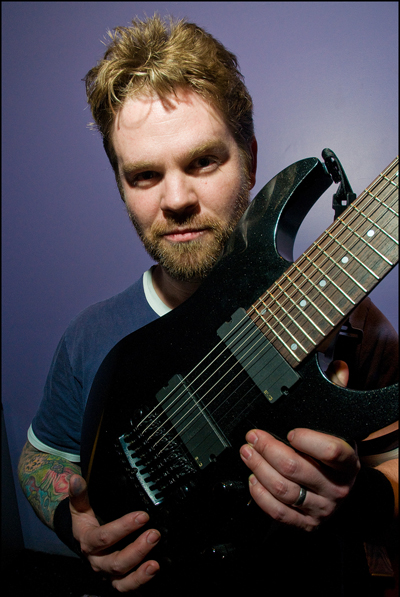