Jonas Renkse, founding member and vocalist for the band Katatonia and bassist for Bloodbath is a renowned composer, arranger and producer, and has been involved in other groups including October Tide. While Katatonia's more recent albums have progressed to a wider sound, with modern overtones, dropped guitars, symphonic synths and arrangements, alternative sounds and generally heavier riffs, his other project, Bloodbath is straight up Death Metal. Jonas plays dual EMG-35DC's in his Mayones Jabba-5 Bass of which he had this to say "The first thing that struck me was the genuine feeling. No frills, just music. Well-built, nice tone, No need to say more." 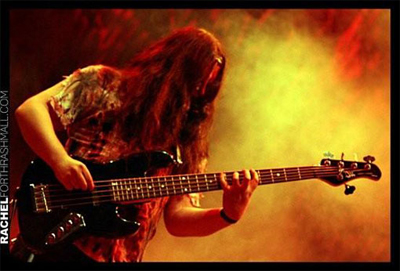