David Shankle “The Shred Demon”, Chicago, IL is one of the most respected and talented composer guitarist shredding up the metal scene today. To all Manowar and DSG fans, he is one of the top 10 shredders and fastest guitarists in the world. He is well known for playing 7 string over-the-neck scales and arpeggios, string skipping, and a master of many guitar techniques. He is known to play over-the-neck guitar faster than most guys play normally. David was a member of Manowar from 1988 to 1994, playing on the epic, certified-platinum album “The Triumph Of Steel” and co-writing 4 songs including “Master Of The Wind”, “The Burning”, “Ride the Dragon”, and “Demon’s Whip”. After setting out on his own, David attended Roosevelt Music University in Chicago to improve his jazz and classical guitar skills. Check out his signature style of guitar playing in the video for “Ashes To Ashes” and on the songs “The Glory of Achilles”, “Metal Warriors” and “Battle Hymn” on the “The Day The Earth Shook: The Absolute Power” dvd featuring MANOWAR members past and present performing at the Earthshaker Fest 2005. Now, having refined and nearly perfected his craft, David brings years of experience and hard work to the table with the David Shankle Group.

The David Shankle Group (also known as DSG) is about pure talent. Even before his days as lead guitarist of Manowar, David had already received numerous accolades. His incredible technique and blistering speed on the guitar have won him the moniker “The Shred Demon”. Such revered artists as Michael Angelo Batio, Joe Stump, Rusty Cooley, George Bellas, Francisco Fareri and Tom Hess have testified to David’s prowess. George Bellas has said, “DSG should stand for Dangerous Speed Guitar”. With the first of six instructional videos available through ShredAcademy.com, David continues to make his mark on the guitar world. Fronting his own impressive band, the David Shankle Group , David introduced the metal world to a new breed of speed while, at the same time, displaying awesome classical guitar and balladry on the band’s debut album “Ashes AshesTo Ashes”, which was released in 2003 on Magic Circle Music. Be sure to listen to DSG's second album, “Hellborn”,which was released in 2007 which is guaranteed to melt your face. David Shankle is one of the most devastating over the neck shredders around. Also is a world renown guitar instructor and shredder. From Manowar to DSG. 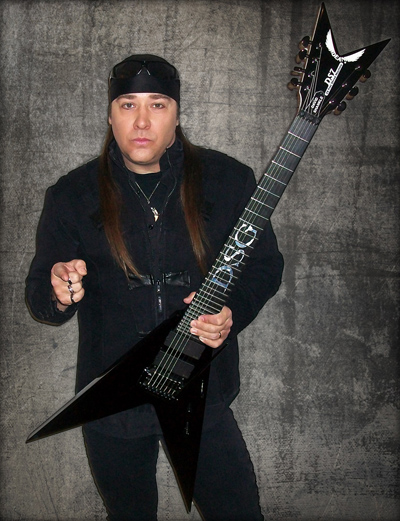 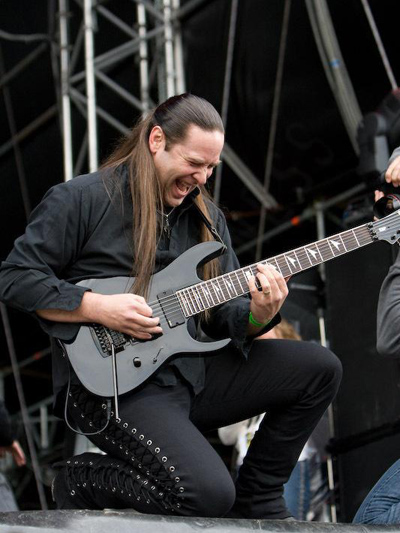