Corey Krick was born in Hollywood but has spent most of his life in the San Francisco Bay Area. He was privately taught guitar by Steve Smyth of Testament, Nevermore, Dragonlord. Vocally, he was trained by two-time Grammy-winning Chris Fritzsche of Chanticleer. At Santa Rosa Junior College, Corey completed four semesters of classical theory, all four of ear training/sight singing, both of jazz theory, counterpoint, and computer recording. He's also sang in the Sonoma State University Honor Choir and performed with The Santa Rosa Symphony.

Corey has played in Imagika (Locomotive Records) from '07 - '09. and gigs primarily in the SF Bay Area and have also toured nationally. 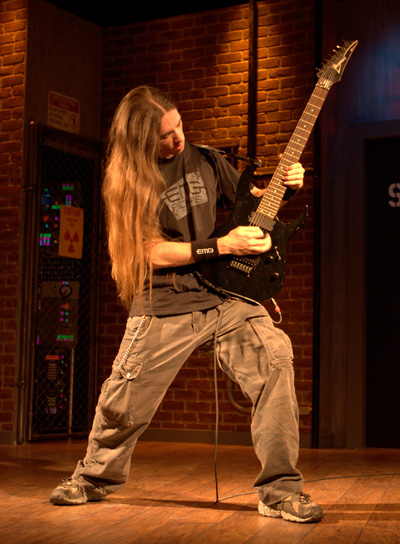