Daath was brought to the attention of Roadrunner Records (and EMG endorsee) guitarist-turned-producer James Murphy (Disincarnate, Obituary, Death, etc.) in 2005. The sextet ultimately signed to the label in the spring of 2006 and went back into the studio with Murphy to finish up a few more songs for their upcoming debut. By now the core trio was rounded out by lead guitarist Emil Werstler, bassist Jeremy Creamer, and drummer Kevin Talley (who replaced Matt Ellis). With additional studio help from Colin Richardson and Andy Sneap, their album The Hinderers -- whose lyrics were based on the Kabbalistic concept of an inverted Tree of Life and each of the 13 songs represented one of the points on the tree -- appeared in March 2007. Daath supported it on dates with Job for a Cowboy and the Acacia Strain before heading over to the U.K. with Unearth. 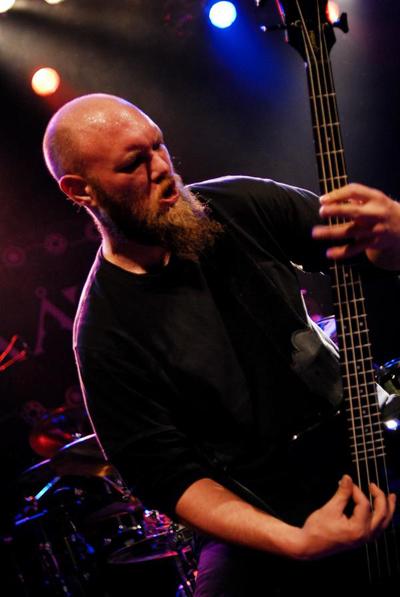