Rich Eckhardt is one of the most sought after guitarists in Nashville. His ability to cover multiple styles has put him on stage with singers ranging from Steven Tyler of Aerosmith to Shania Twain and Willie Nelson.

Shortly after moving to Music City in 1989 his first gig was on the stage of the world famous Grand Ol’ Opry. From there Rich began a steady run of touring and recording with artists including John Berry, Becky Hobbs, Rodney Atkins, Steve Azar, Eddy Raven, Mel McDaniel, Blake Shelton and Toby Keith.

Today, Eckhardt is extremely busy, balancing his hectic touring schedule with studio sessions, and television appearances. He has performed in nearly every major concert venue in the world, played on multi-platinum and Grammy winning albums, entertained for three American presidents and has been seen on most of the industry’s staple television shows including the Tonight show and Superbowl XXXVIII. 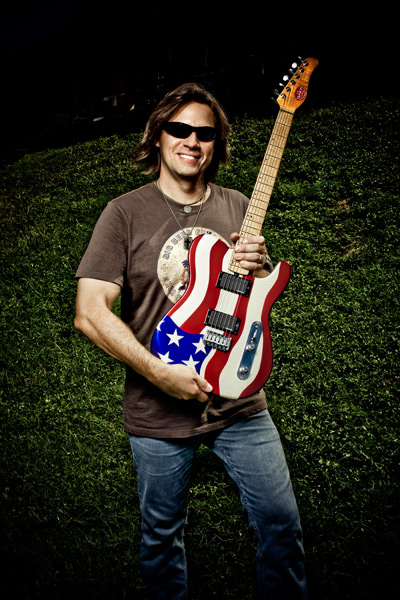