Brent Riggs/ Job For A Cowboy

The band has played in several festivals, including Download Festival, Sounds of the Underground and Wacken Open Air. The current band members are vocalist Jonny Davy, guitarists Al Glassman and Bobby Thompson, bassist Brent Riggs, and drummer Jon Rice and will release thier 3rd album Ruination in the summer of 2009. 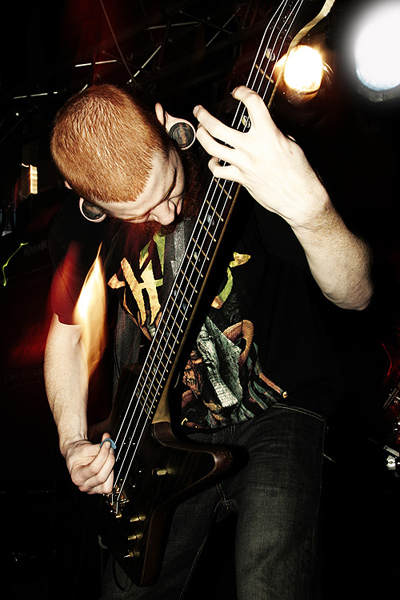