Jason Krause is the Rhythm/Metal/Acoustic guitar player for Kid Rock's Twisted Brown Trucker Band. His audition was actually the most important show in Kid Rock's career, his famed 1997 Atlantic Records showcase show at Detroit's State Theater. Krause started out as the groups metal head, but has devolved his skills on acoustic guitar in recent years, he can also play the drums and piano. Krause plays guitar on all of Kid Rock's songs since 1997. He started out as a carpenter. Krause uses many guitars including Firebirds and Les Pauls. Jason played in many Detroit area rock/metal bands over the 1980's with fellow band mates Darren McEwan, and brother Scott Krause.

Jason is currently playing the EMG-X Series in his Rebel BC Rich Flying V. 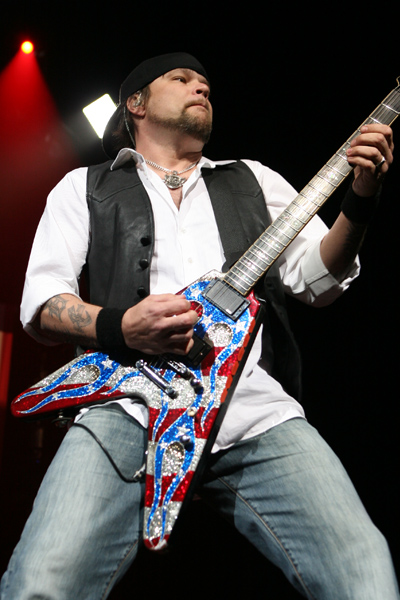