Since the 1990 release of Pantera's "Cowboys From Hell", Rex Brown has had a hand in multiple gold, platinum, and #1 records. Aside from headlining world tours spanning a decade, Pantera has shared the stage with the likes of Kiss, Judas Priest, and Black Sabbath.

In 2002, Rex joined Down for the release of Down II, and subsequent U.S. tours including headlining the second stage of Ozzfest. In 2003, Rex joined Crowbar in the studio to record and help produce "Lifesblood for the Downtrodden."

In 2006, Down reformed and completed a sold out tour through Europe. This inspired Down's 2007 release "Over The Under". Relentless touring ensued. Through 2008, Down continued to tour performing headlining shows and opening for Heaven & Hell and Metallica.

Currently in 2009, Down has reported to have at least half a new album written and hints that studio time could be near. However, as dates surface that schedule Down to be in major musical festivals in Europe such as Gods of Metal, Hellfest, Graspop, With Full Force, Roskilde, and Sonisphere... a new album is more likely to come in late 2009 or 2010. 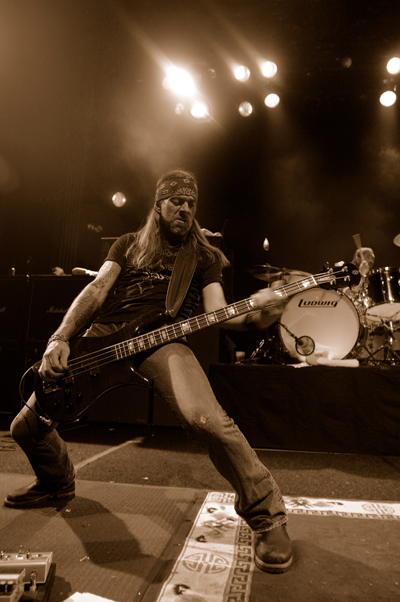