Paul Jackson Jr. is a fusion composer, arranger, producer and guitarist. He was born and raised in Los Angeles. Jackson knew by the age of fifteen that he wanted to become a professional musician. Growing up in a musical family, his parents were supportive and as such, he attended the University of Southern California, majoring in music.

In addition to being a recording artist in his own right, Jackson is also highly accomplished L.A. session player, with a career spanning multiple decades and playing on projects from Michael Jackson's Thriller and Bad to numerous recordings by artists from Whitney Houston, Thomas Anders and Patti LaBelle to rockers like Chicago to jazz greats such as Dave Koz, Al Jarreau, David Benoit, Marcus Miller and Kirk Whalum.

Jackson can be seen playing guitar in a wide variety of styles on TV's American Idol. 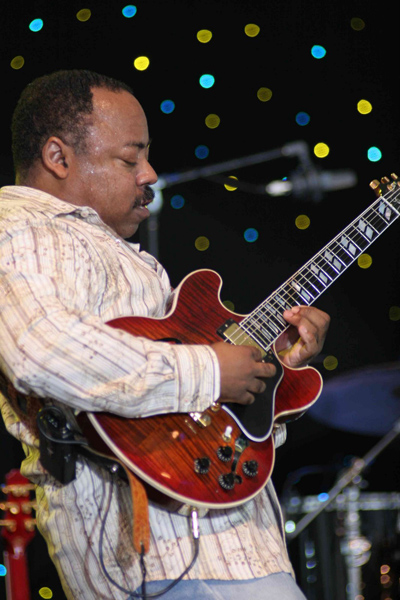