Roger "Tiny" Kohrs has been in the music trade since the early 70's at which time he made a living traveling on the road with various top 40 dance bands. He performed with on stage, Ray Pillow of the Grand Ole Oprey, Dee Clark of 50's fame, Dennis Yost of the Classics Four, and upcoming star Bruce Hornesby (at a Seafood Restaurant in Williamsburg, VA). During this period he also embarked on 2 USO Tours and performed in Cuba, Turkey, Greece, Sicilly, Sardenia, La Maddalena, and Spain. During the late 80's and early 90's he and his wife, Singer Florence Starnes performed as a duo up and down the East Coast. After settling down in the Piedmont area of North Carolina in 1993, Tiny performed locally with various musicians and worked in a local music store. During this period he became friends with drummer/percussionist Bill "Buddy Boy" Scott and they became members of the Unknown Hinson Showdate Band. Unknown Hinson, out of Charlotte, NC had become well known in certain musician circles and was developing a cult statis in Nashville, Louisville and even California. In 2001 Unknown Hinson and Band per request of the actress, Angelina Jolie, were flown to Billy Bob Thornton's home in Beverly Hills to give a private surprise performance for him in his living room on his birthday. The following year, Marty Stuart invited Unknown Hinson and Band to perform at his "Midnight Jam" at The Ryman Auditoreum in Nashville, TN. In the fall of 2002, after he signed a deal with Capital Records, Unknown Hinson took his Showdate Band and moved to Los Angeles, California for several months performing at several venues in town including: The Kat Club, The Knitting Factory, The Doll Hut, The Blue Cafe, The Detroit Bar and others. A tour with Hank III was performed after this followed by 2 tours with Rev. Horton Heat which covered the entire country. During this time the EP, "Rock And Roll Is Straight From Hell" was released by Capital Records on Liberty Records and Tiny appeared on 2 live cuts: "Silver Platter" and "Lingerie". In 2004 Unknown Hinson and Band performed at The Sundance Film Festival in Park City, Utah to raving reviews.

During this time Tiny was and still is involved with several other projects including the jazz/pop instrumental group, The Brubakers out of Salisbury, NC. Two CD's have been released so far: "The Time Has Come" and "Second Nature". Tiny has one cut on the "Second Nature" CD called "Faith Road". The group has recently opened for Larry Carlton, The Yellow Jackets and Slim Navarro, and performs locally in the Charlotte, NC area.

Since 1999, Tiny has appeared on two CD's by Contemporary Christian Artist Randy Clay entitled; "Beyond This World" and "Passengers". Also a CD by guitarist/singer Rick Leichman called "Hands Of Time" and a CD by The Walkin' Jesses' entitled, "Life's 2 Short 2 Dance With An Ugly Girl". He has also done past studio work with Phil Wolfe out of Nashville, TN and appeared on vinyl albums by Ira White out of Norfolk, VA and Tiny Weeks from Burlington, NC.

Tiny has released several home recorded CD's (Cedar House Studio) on this site and recently recorded and released a Christmas CD. He has also recorded and produced Flo Starnes CD: "Gifts From God". All are available from this site via message in the Guest Book or gigs. Check the Showdate Section for live performance dates. 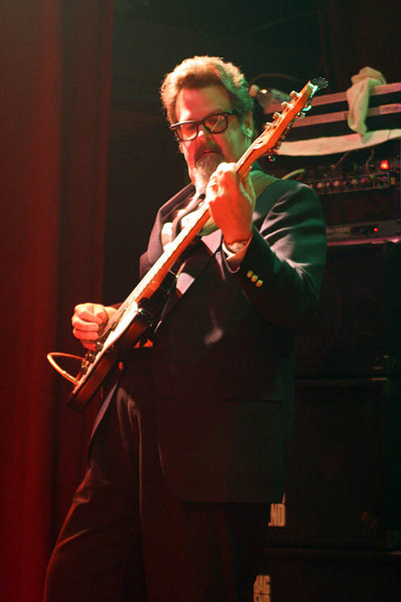