Brendon Small's latest claim to fame is as co-producer, co-writer, composer, and voice actor for the Adult Swim series Metalocalypse, which premiered on August 6, 2006. The series focuses on a fictional death metal band named Dethklok, and each episode features a song "performed" by the band. In addition to all of the behind-the-scenes work he does for the series, he also provides voice talent for the characters Skwisgaar Skwigelf, Pickles the Drummer, and Nathan Explosion, three of the five members of Dethklok and composes, sings and plays guitars in all the songs.

He completed the Dethklok album titled The Dethalbum, in which he collaborates with Gene Hoglan to deliver an authentic melodic death metal sound while simultaneously retaining the light-hearted nature with which Small portrays the heavy metal sub-genre. The album debuted at #21 in the Billboard 200 and his is currently recording the follow up album.

In November 2007, Small, Hoglan, Mike Keneally and Bryan Beller performed live as Dethklok at US college campuses in support of the Dethalbum. The Adult Swim-sponsored "Dethtour". The foursome reunited in 2008 to headline a longer "Dethtour," where they toured the U.S. in with fellow metal bands Chimaira and Soilent Green. 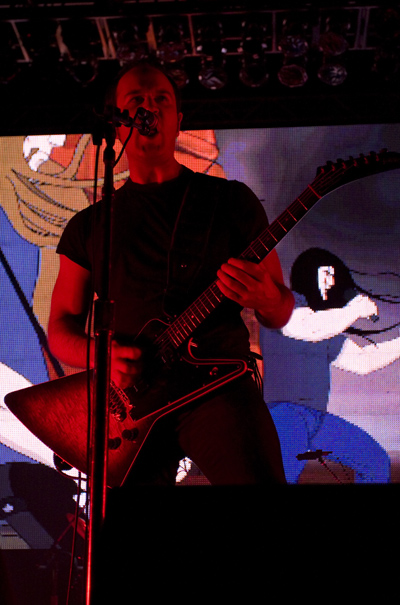