Being a fan of heavy metal at young age music, Brian Harrah was influenced by the bands he was listening to. Slayer, King Diamond, AC/DC and Kiss were among his favorites. By the age of 17, Harrah was regularly playing local bars in different bands and learning the ropes.

In the year 1993, Harrah relocated to Northern California and took in a whole new music scene and attitude that was completely foreign to him. The scene in Nor Cal was something that was far more advanced than anything Harrah had ever encountered during his years in Colorado.

Moving forward 4 years…By 1997 Harrah was a well-known guitar player in the local Bay Area scene. By this time Harrah had become heavily influenced by The Cure. “Paul Stanley is the reason I wanted to be a rock star but Robert Smith is the reason I became a musician,” states Harrah.

His local band at the time, Spitkiss, was selling out small venues and gaining serious attention from the local scene. It was around this time that Brian was offered an audition to join Marilyn Manson, who had recently fired their guitar player. Filled with the passion and desire to want to do his own thing, Harrah respectively declined the offer to continue to pursue his own band and to keep developing what Spitkiss had been creating for the past 3 years.

In October of 1997, Harrah was offered yet another audition with the Los Angeles Noise Records recording artists Tura Satana. Having come to the boiling point of frustration with the Nor Cal Scene, Harrah packed his bags and headed to LA for the audition. Within 2 days he was asked to join Tura Satana’s upcoming European tour in which he had 11 days to learn a 14 song set. Needless to say once the band performed their first show, the reviews were in and they were amazing. The bands first show was voted 5 out of 5 for live performance by Kerrrang Magazine. The band was also given the Spirit of Independence award by Kerrrang in 1998.

Upon returning home, Harrah was asked to become a permanent member of the band and happily accepted. Tura Satana went on to partake in such European festivals such as Dynamo and Rock AM Ring, completed another full European headlining tour and was billed as main support for a US tour with punk legends The Damned.

By 1998 it was extremely apparent that Tura Satana was not going to last much longer. The band had run its course and was stricken with internal problems. Through touring, Harrah had become friends with bass player Jeff Schartoff of the band Human Waste Project. HWP had just recently decided to call it quits and Schartoff approached Harrah about a new project he had been quietly working on for a year or so. This project would become what was known as Professional Murder Music.

Harrah, coming from an industrial background, was extremely excited about the possibilities of PMM and agreed to join the band full time. Within 6 months of PMM playing live, they were approached by Geffen Records and offered a record deal. Record label wars ensued and PMM decided to stick with the first interest they had and signed to Geffen Records under the new management of Jordan Schur. After 3 years of countless touring and promoting a record that was constantly delayed, Harrah made the decision to leave PMM based on business differences.

After leaving PMM, Harrah was looking for a total change from the typical LA music business and decided to relocate back to Northern California. Back in Nor Cal, he rediscovered his roots and passion for music. Listening to bands like Neurosis and The Cure again, Harrah rediscovered his passion and lust for creating emotionally driven music.

Since 2004, Harrah has been involved in such bands as The Mercy Clinic and an instrumental project called, They The Manual. They The Manual are an instrumental band based on 10 years of friendship through all the members of the band. “My whole life I have been trying to write music that was measured by emotion and feeling rather than how many crazy metal guitar lines I could play. They The Manual for me, is the sum of every emotion, experience and thought I have felt in the last two years, expressed through music. Whether it is a feeling of hate, loss, love or passion, this music bleeds my inner thoughts and is a true expression of my heart. It’s the theme music of what I've experienced, both good and bad.” explains Harrah.

Harrah is also in the process of co-writing the 20th Anniversary record for U.K. industrial rock/metal legends, Pitchshifter. “Pitchshifter was one of my favorite bands when I was younger. They helped define to me what Industrial music actually was. J.S. and I have been close friends ever since we toured in the late 90’s together and I’m honored to be apart of this important record” saya Harrah. The record will see a early 2010 release date and live performances to follow.

In 2009, Harrah also joined the ranks of the popular metal band Yeti from Los Angeles, CA. Like true pioneers of metal, YETI bleeds the blood of seasoned veterans who have molded their experiences from past projects and influences together, cultivating an orchestra of deep-seeded rage planted with southern roots. Just released is their new EP entitled, ”Trees on Fire with Songs of Blood.” The EP is already getting rave reviews and plans are in the works shows throughout the west coast for remainder of 2010. 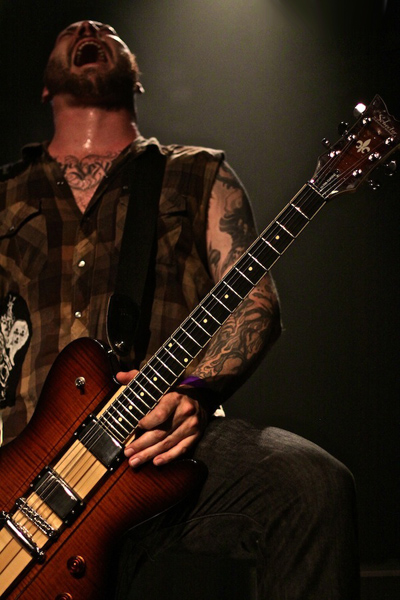 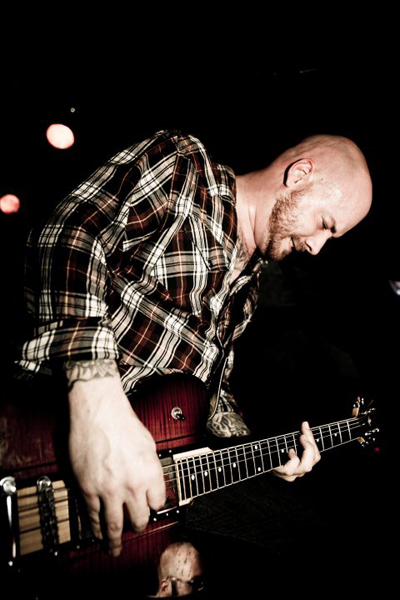 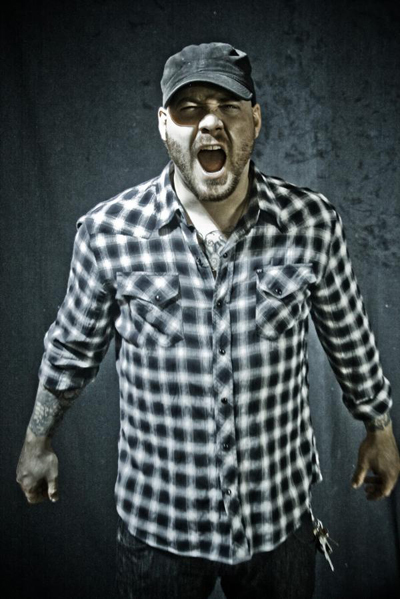