Jeff Hanneman is a guitarist and founding member of the American thrash metal band Slayer. Slayer rose to fame as one of the leaders of the American thrash metal movement with their 1986 release, Reign in Blood, which has been called "the heaviest album of all time". Part of a dual guitar lineup, Hanneman, and fellow band mate Kerry King, weave a distinct sound with dual guitar solos that have been called “wildly chaotic”, and “twisted genius”. Early albums such as Hell Awaits and Reign in Blood featured a “wailing style” and “demented soloing often mimicking the screams of the songs victims”. South of Heaven featured more technical riffs utilizing tremolo picking and down-picked notes improving musicianship, while retaining a melodic sense. Recent activity has Slayer tentatively releasing a new as yet unnamed album in Summer '09 and headlining the Mayhem Tour (also Summer '09) 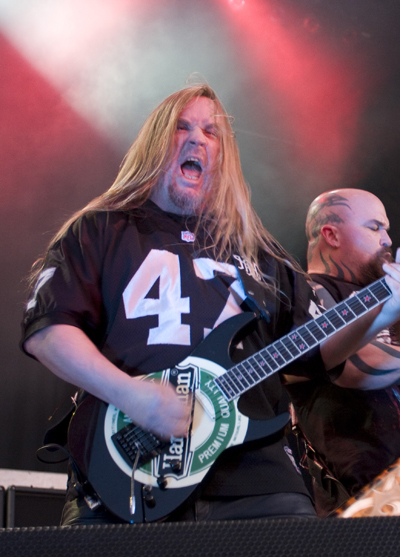 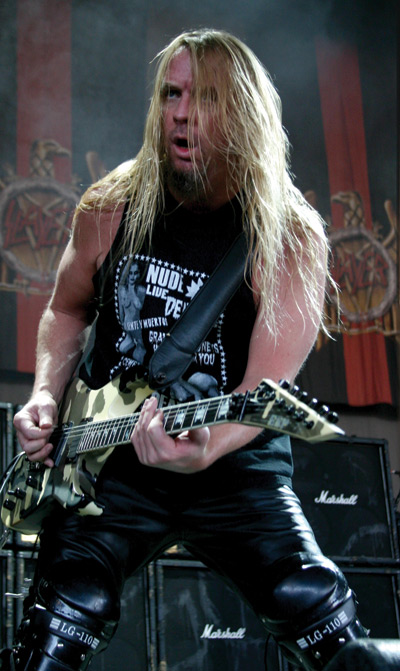 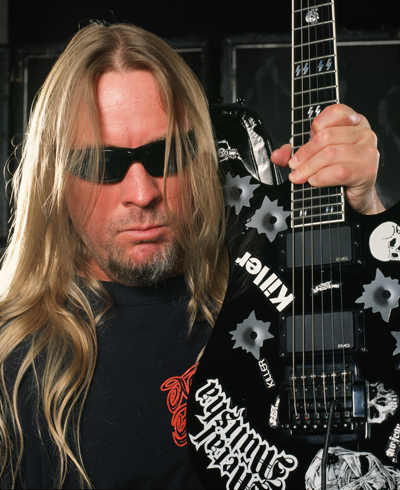