Hailing from the small farming community of Hanna, Alberta, Canada, Chad Kroeger made a name for himself at the turn of the millennium as the lead singer and guitarist of the love-em-or-hate-em post-grunge rock outfit Nickelback.

Kroeger taught himself how to play the guitar at age 13, Upon finishing high school he began touring around in a cover band which ultimately broke up, soon after Kroeger convinced some friends to hit a studio with him to record several songs he'd been writing on the side. Thus laying down the roots of Nickelback, these songs resulted in a seven-song demo and, later, a self-released full-length that received substantial airplay on various Canadian radio stations.

Nickelback slowly became stars in their new homeland Vancouver and broke out on U.S. soil with their massive radio hit "How You Remind Me" in 2001. Kroeger is responsible for most of the band's lyrics, including the band's third record, 2001's Silver Side Up, he began writing in a much more direct, less metaphorical manner, hitting personal topics like failed relationships and the pain and anger associated with his father being absent while growing up.

As Nickelback's popularity grew throughout North America, Kroeger took some separate time to indulge in various collaborations, including laying down the 2002 hit single "Hero" with Saliva frontman Josey Scott for the Spider-Man soundtrack. He also performed on Carlos Santana's album Shaman ("Why Don't You and I") and did a cover of Elton John's "Saturday Night's Alright (For Fighting)" with Kid Rock and Dimebag Darrell for the soundtrack to Charlie's Angels: Full Throttle.

Kroeger, who owns a studio in Vancouver, has also done production work for rock acts like Default, Theory of a Deadman, and Bo Bice, in addition to co-founding the Vancouver-based 604 Records in 2002. 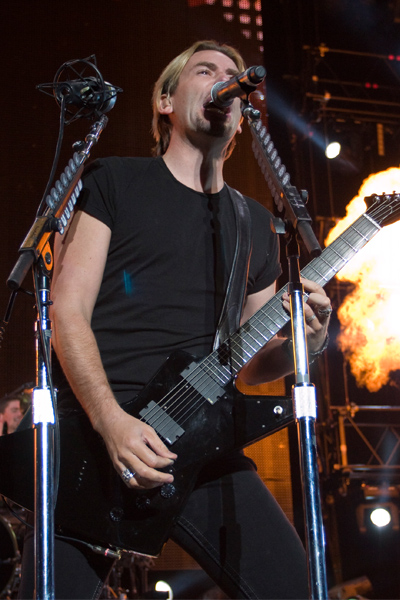 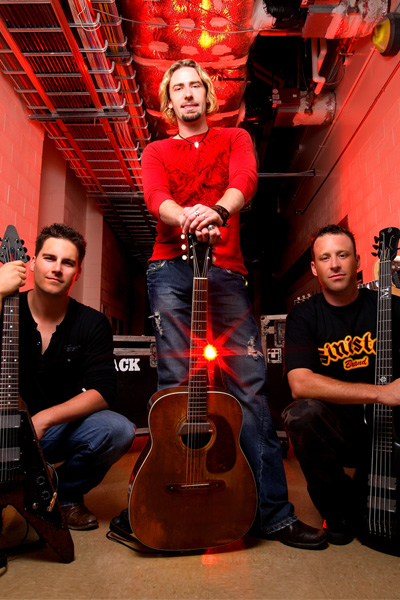