Although he sometimes does use a pick, Robert Trujillo is best known as a baaaad motherplucker, a finger-playin' bass monster who's dexterity, tones and attitude have seen him grace the bass of Suicidal Tendencies, Infectious Grooves, Black Label Society and Ozzy Osbourne since his first professional work with Suicidal in 1989.

Robert Trujillo became Metallica's current bassist on February 24, 2003. By all accounts, Trujillo's audition with Metallica dared the band NOT to give him the job, and even producer Bob Rock was heard saying how complete and unequivocally whole the band sounded with Rob playing.

And so it was that on Thursday, February 24th 2003, Robert Trujillo walked in to the HQ and saw Ulrich, Hammett and Hetfield immediately start applauding him. Again, Rob is the perfect fit, a calm, even-keeled man with experience and full bass props...and genuinely one of the nicest guys around. It all adds up to the 4th member, an equal part of the Metallica family and an exciting new stage in Metallihistory. 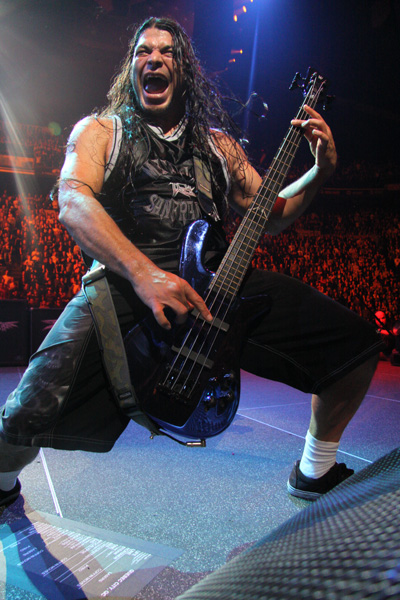 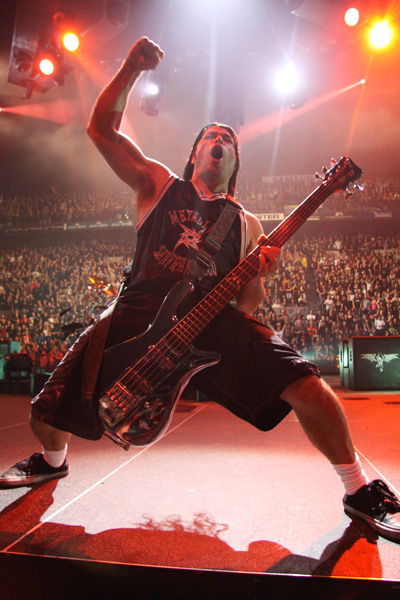