Formed in 1990, In Flames is considered to be a pioneer and major influence to the melodic death metal music genre and predecessor to the American Metalcore movement. In Flames' musical style is characterized by the constant use of harmonized lead guitar melodies and screaming-style singing along with death growl complimented at times by clean vocals. Guitarist Bjorn Gelotte plays a Gibson Les Paul Custom loaded with the EMG 81/85 combo.

Since the band's conception, they have received numerous awards and released nine studio albums, the latest being A Sense of Purpose which debuted at #28 on the Billboard 200 albums chart. Bjorn had this to say about the overall tone of the album "It’s awesome. It’s energetic and melodic. We always try to mix it up a bit and try to put some dynamics into the songs, even though they are very intense."

While In Flames' sound has changed their styles throughout the years, and it has become difficult to pinpoint, one thing has been a constant, EMG has been there through it all. Check out more about Bjorn and the rest of the band by checking out the link below. 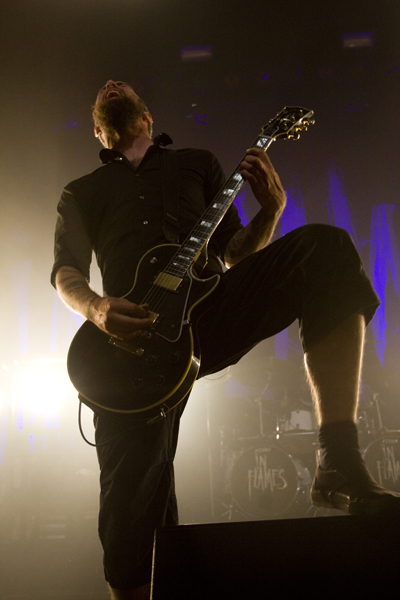