Rob Cavestany was born October 29th, 1968, in San Francisco, California. Reputably recognized as the founding member, main songwriter and lead guitarist for Death Angel, Rob is most noted for his extraordinary fretwork, skill, and complex arrangements.

At the age of 11, Rob began taking lessons, at 13 years of age and armed with a Gibson Flying V, ambition called on Rob to form his first band with 3 of his own cousins, and Death Angel was born.

In 1989 Rob designed his own custom signature guitar with Grover Jackson. This has been his main live axe in every Death Angel show since. 2009 will see this guitar finally available to the public, known as the "Rob Cavestany Signature Death Angel Custom" made by Jackson Guitars and features EMG-81/85's.

2008 saw the release of "Killing Season" by Death Angel. The experience was yet another opportunity for Rob to collaborate and study the production / recording techniques of masters. The tour that followed had the band on the road for nearly 4 months nonstop performing in the US and overseas. Rob is now back home writing new material for both Death Angel and his own solo music. 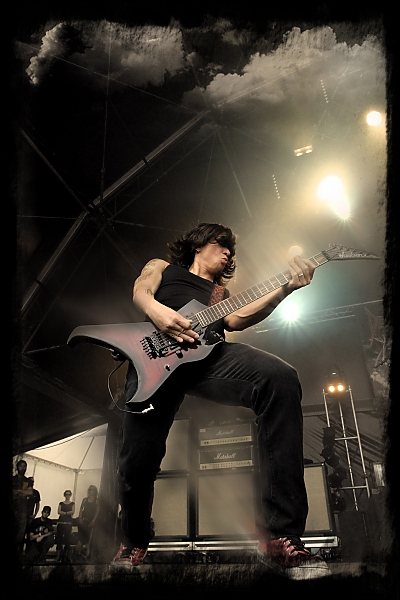 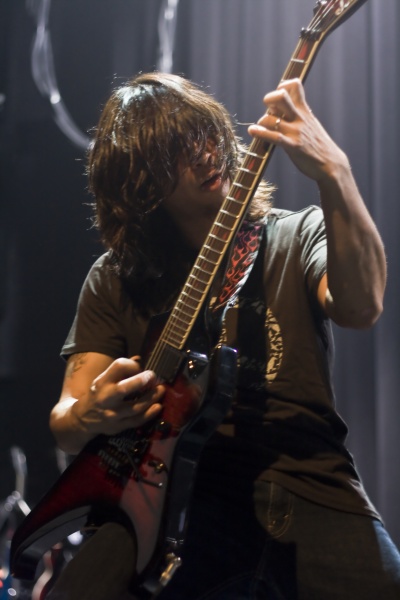