Greg Tribbett is the guitarist and backing vocalist for Mudvayne, and Hellyeah, the supergroup which features Chad Gray from Mudvayne along with former Pantera and Damageplan drummer Vinnie Paul as well as Nothingface guitarist Tom Maxwell and bassist Bob Zilla ex-Damageplan. His drop tuning, baritone sound and unconventional, yet accessible rhythms have won over many fans and critics.

He has been with Mudvayne since their inception in 1996. He has 2 brothers who are also in the music business; Tripp Tribbett (AKA Tripp Lee), who is currently playing bass in Dope (and uses the EMG-35HZEP), and is the former lead singer of Make-Shift Romeo and Twisted Method, and his other brother is a drum tech for Slipknot. 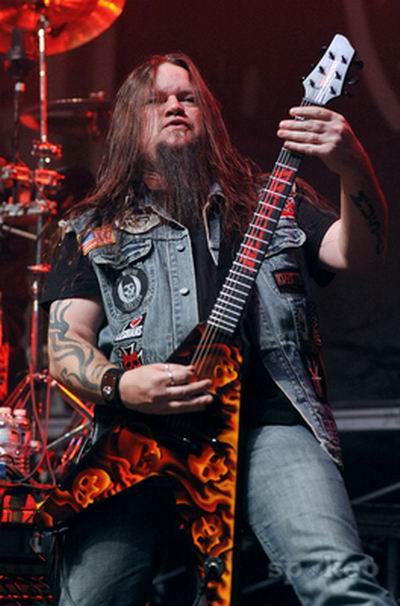