Napalm Death are a death metal/grindcore band from Birmingham, England. Although other groups had previously played fast and aggressive music, Napalm Death are credited with defining the Grindcore genre through their fusion of punk and metal musical structures, aggressive playing, fast tempos, and deep guttural vocals. Guitarist Mitch harris, with the group since 1991, plays the EMG-81 in his Les Paul and his Flying V. 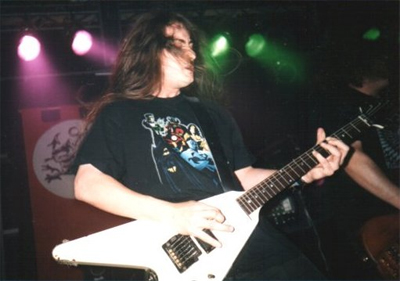