Dave Kushner was born in Los Angeles on November 16 1966 and entered the rock world as the guitarist for Wasted Youth. He played bass on that band's second full-length album 'Black Daze' (1988), as well as rhythm and lead guitar on the Van Halen cover 'On Fire'. About year later he left the band, before they released their next album.

Japan calls in 1998, and Dave joins the hard rock band 'Zilch,' formed by Japanese guitarist Hide. Unfortunately, Hide died right before their record came out, and the other members decided to tour to pay tribute to him. This is where Dave met up with Duff McKagan, who was touring Japan with his band Loaded.

In December 2002, Dave joined 'The Project', the band of Slash, Duff and Matt Sorum, who had previously been rehearsing with Buckcherry's Josh Todd and Keith Nelson. Neither of those guys earned a slot in the band, but Dave had what it took to be a member of the band. And while Izzy Stradlin sometimes came by to write and play with the band, Dave, Slash, Duff and Matt went on the hunt for a vocalist. They eventually found Scott Weiland and Velvet Revolver was born. 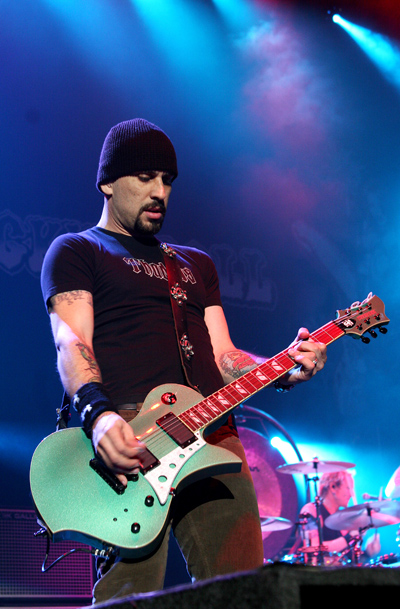