John Campbell is the bassist and a founding member of the metal band Lamb of God. He also plays with Richmond, VA rock band extraordinaire, RPG.

Campbell is also one of Lamb of God's two vegetarians, the other being Chris Adler.

Not known as a flashy player, John holds his own while playing the fast and technical riffs of Lamb of God. His right hand speed and agility are defining characteristics of his playing.

Unlike many bass players who will use four and five string basses, Campbell at one time played a self modified three-stringed Guild Pilot bass, excluding the higher G-string. He also plays with a pick.

John also has a signature Jackson bass with EMG-P, EMG-35DC + the BQC System and uses a Mesa 400+ all tube bass amp and two Mesa Roadready 8x10 cabinets. His influences range from Willie Nelson to Kool Keith to Bad Brains. 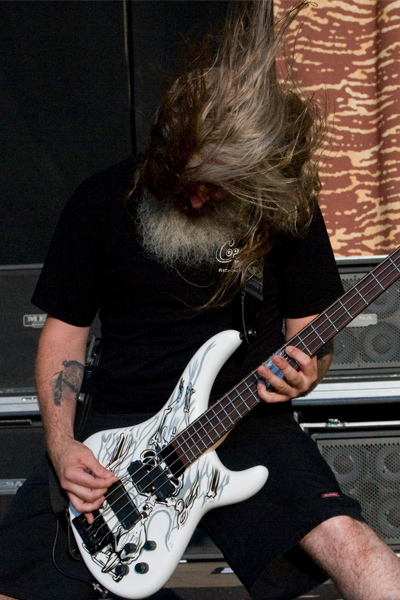 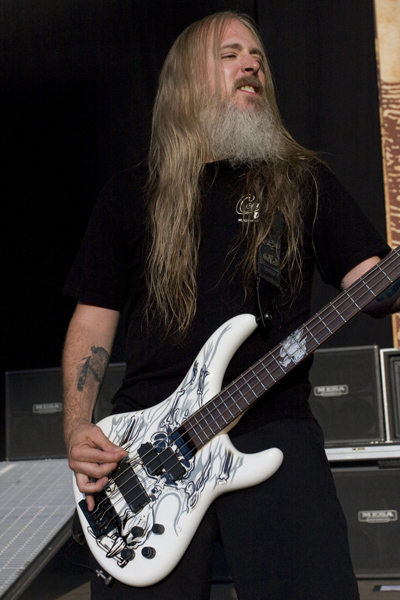 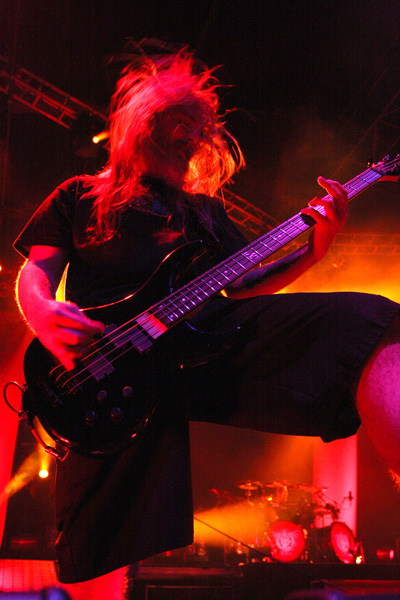