Stefano Benfante is a guitar player influenced by different styles from classic metal to black metal passing between soundtrack music. After playing in local bands Stefano involved seriously in horror/gothic metal band Theatres des Vampires from 2006 to 2015 following the band all around dates and tours.During these years Stefano (a.k.a. Steph) begins to use EMG 81/60 on his guitar for a sound more heavy and hot than the past. .After living ten years of big experiences with TdV he decides to leave the band after the last tour and start with a new personal project more close to his style and roots.ShadowThrone's sound is influenced by bands like Bathory,Emperor,Mercyful Fate..from trash metal to black metal to symphonic soundtracks.The first ep/demo was called ''Through the Gates of Dead Sun,, and realized in 2015.During summer 2016 ShadowThrone begins to record the first full album ''Demiurge of Shadow,, (out January 14th 2017) and signs for japanese label Zero Dimensional Records. To promote album ShadowThrone toured with big bands of extreme metal like support band. 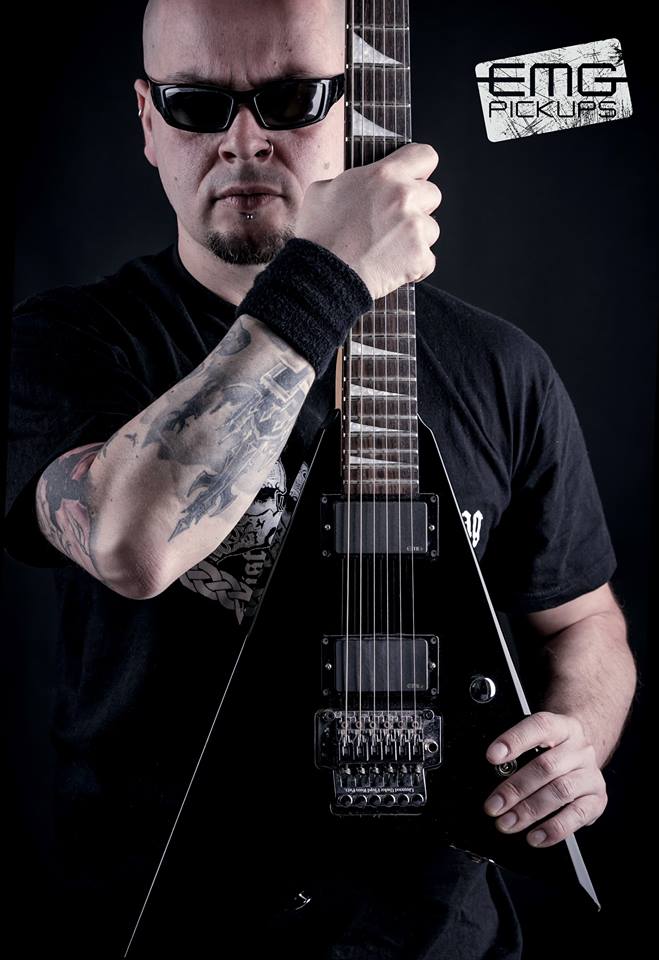