" When I tried up the EMG Pickups for the first time, I really understood the difference between boys and men. There are regular pickups and then there are EMG pickups. There ́s no comparison possible. They are the best."

Victor Guilherme is a guitarist, writer and founder of the Brazilian rock band Mattilha. He was on July 13th, 1991, in São Paulo, Brazil. His biggest influences on the guitar are Zakk Wylde and Ben Wells.

He started playing the guitar when he was 9 years only, right after his dad passed away. Since he was a young boy he always enjoyed heavy music and learned to appreciate more aggressive and expressive guitar riffs.

Victor uses EMG Pickups since 2004. He tunned up his Les Paul with EMG ZW kit and his Firebird with JH set. Right now the band is recording all new material produced by Marcello Pompeu from Brazil ́s metal legend Korzus, resulting in an unique and intense heavy sound. 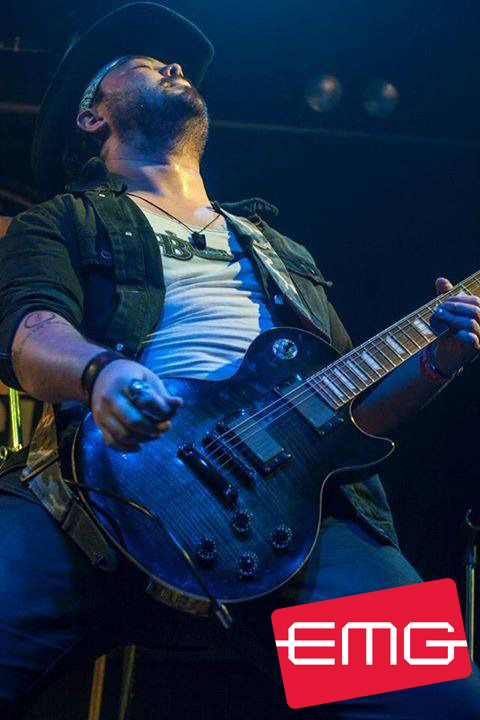