"To put EMG pickups on a guitar is like rediscover a whole new playground. Add clarity, remove noise, you have the EMG sound! "

Kenny Serane is an inspired guitarist and songwriter with many songs and published on 40+ albums. His music touches on many styles from rock and jazz to funk and some flamenco and gypsy influences.

Kenny was born in his native Montpellier, France. At 14, he started to play the guitar and quickly absorbed the pantheon of 80’s and 90’s blues and rock guitar greats.

After 2 years working by himself, he studied in a music school (with methods inspired by the G.I.T. Berklee method). He became a professional guitarist a few years later on stage (with a number of national bands) and in the studio (Eurovision, Guitar Xtreme).

In 2003, Kenny founded the band Workshop whose music ranges from electro to metal styles.

In 2010, he composed and recorded for many artists and a second Workshop album, Beyond The Unknown Territory.

In 2012, based on a idea by the artist director Nelly Tadjer, Kenny joins his guitar skills to create the biggest online guitar competition : « the French Guitar Contest » with more than 5000 contestants all over the world.

In 2015, He takes the first place of the Jamtrackcentral Solo Contest.

He uses exclusively H and 57 pickups on his Lâg Imperator. 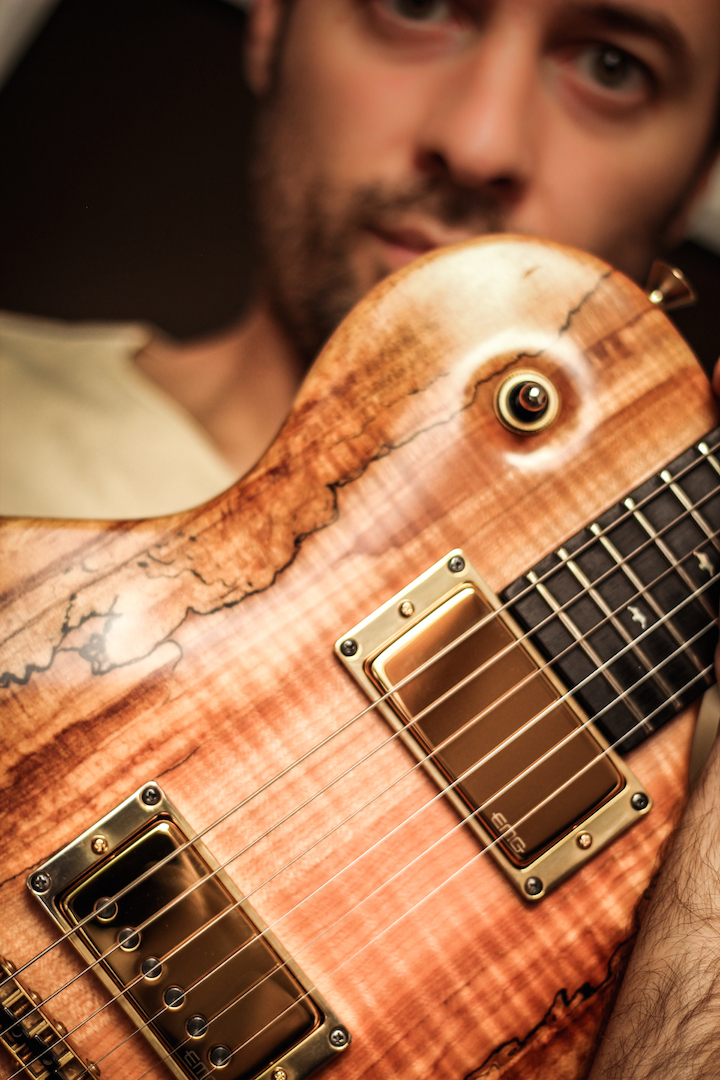