Jon Bodan is the founding member and lead guitar player for Halcyon Way. Based in Atlanta, Georgia and founded in 2001, the band has released three albums worldwide through Nightmare Records/Sony RED.

Halcyon Way’s sound cannot be neatly slotted into any subcategory of metal; but it can be described as heavy, catchy, technical, and above all, focused on mature songcraft. The band draws influences & inspiration from many metal bands from Megadeth to Dream Theater to Testament to Chimaira. The focus of the songwriting is on catchy hooks, vocal harmonies a la King’s X or Stryper, and on heavy, technical, but ultimately accessible instrumentation.

In 2008, the band released their debut album on Nightmare Records/Koch Entertainment entitled “A Manifesto For Domination”. In 2009, Halcyon Way began tracking the follow up record, “Building The Towers”. This time the band upped the ante in all respects, most notably with the acquisition of vocalist Steve Braun, formerly of the Italian progressive metal band Ashent. In addition, the band enlisted former Black Label Society drummer Mike Froedge to engineer the drum tracks in his studio, had Pamela Moore (“Sister Mary” from the legendary “Operation:Mindcrime” album by Queensryche) guest on 5 tracks, and brought the most sought after artist in heavy metal, Travis Smith, onto the team to create the artwork. Lasse Lammert was again tapped to not only mix and master the album, but to co-produce it alongside Jon. The album was released to amazing reviews in October of 2010.

Wasting no time, October of 2011 saw the band release their 3rd CD, "IndoctriNation". Again produced by Jon & Lasse, mixed by Lasse, and with art by Travis Smith, this album continued Halcyon Way's trajectory into heavier yet more melodic and accessible territory.

In 2014, the band released their 4th album, "Conquer", which landed on the Billboard Heatseekers chart at #42 and spent multiple weeks in the CMJ Loud Rock Top 10.

Over the years, Halcyon Way has played countless shows across the United States and abroad, and has toured with the likes of Saxon, Skid Row, Fates Warning, Fozzy, U.D.O. and Delain.

Jon plays through his Brian Moore Custom Guitars signature model, the c90 Nailhead, which features the EMG 81 bridge & 85 neck, wired at 18v. From this he goes into a Tube Screamer & then to his Framus Cobra rig. 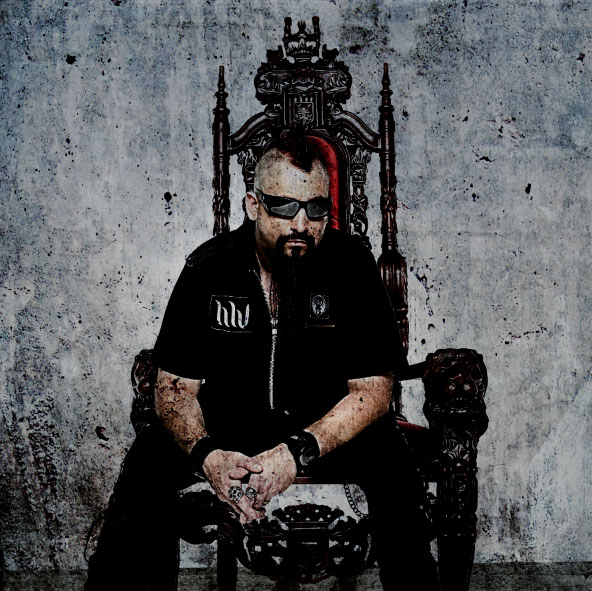