Parkway Drive are set to cement their reputation as one of the most dominant exponents of heavy music on the planet with their spellbinding third album, Deep Blue. The hotly anticipated follow-up to 2007’s Horizons, Deep Blue raises the bar in every conceivable way.

Determined to surpass previous efforts, Parkway Drive has gone all out in creating a complete listening experience. While maintaining the band’s trademark sound at its core, Deep Blue weaves music, lyrics and artwork together into a dense concept that flows from beginning to end.

After two well received albums, 2004’s Killing With A Smile and 2007’s Horizons (the latter achieving Top 6 ARIA chart success), 2009’s Parkway Drive: The DVD was met with a typically rabid response. It debuted at 2 on the ARIA chart and achieved Platinum status within weeks. By year’s end it was Australia’s biggest selling local artist DVD and was crowned ‘Best Music DVD’ at the 2009 Rolling Stone Awards.

Already one of the most anticipated heavy releases of 2010, Deep Blue represents an exciting new chapter in the story of Australia’s most successful hardcore band. 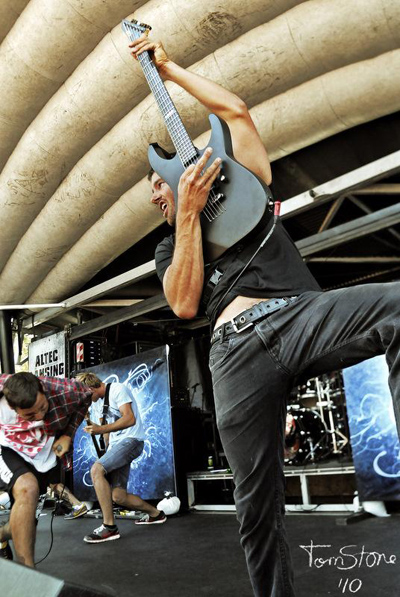