As a solo artist, Steve Winwood is primarily associated with the highly polished blue-eyed soul-pop that made him a star in the '80s. Yet his turn as a slick, upscale mainstay of adult contemporary radio was simply the latest phase of a long and varied career, one that's seen the former teenage R&B shouter move through jazz, psychedelia, blues-rock, and progressive rock. Possessed of a powerful, utterly distinctive voice, Winwood was also an excellent keyboardist who remained an in-demand session musician for most of his career, even while busy with high-profile projects. That background wasn't necessarily apparent on his solo records, which established a viable commercial formula that was tremendously effective as long as it was executed with commitment.

Stephen Lawrence Winwood was born May 12, 1948, in the Handsworth area of Birmingham, England. First interested in swing and Dixieland jazz, he began playing drums, guitar, and piano as a child, and first performed with his father and older brother Muff in the Ron Atkinson Band at the age of eight. During the early '60s, Muff led a locally popular group called the Muff Woody Jazz Band, and allowed young Steve to join; eventually they began to add R&B numbers to their repertoire, and in 1963 the brothers chose to pursue that music full-time, joining guitarist Spencer Davis to form the Spencer Davis Group. Although he was only 15, Steve's vocals were astoundingly soulful and mature, and his skills at the piano were also advanced beyond his years. Within a year, he'd played with numerous American blues legends both in concert and in the studio; in 1965, he also recorded the solo single "Incense" as the Anglos, crediting himself as Stevie Anglo. Meanwhile, the Spencer Davis Group released a handful of classic R&B-styled singles, including "Keep on Running," "I'm a Man," and the monumental "Gimme Some Lovin'," which stood with any of the gritty hardcore soul music coming out of the American South. 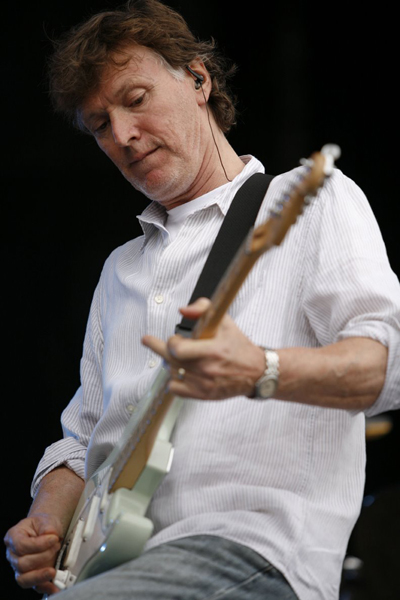