NOVY,, bass player and vocalist with more than 15 years of working experience on the stage. Ex-member of the top of the line bands, such as Vader, Behemoth and Devilyn as well as multiple project bands like Dies Irae, Spinal Cord, Crucified Mortals, Condemnation and many more. Extremely versatile musician who is inspired not only by heavy, but also jazz, classical and some other "good" music.

NOVY has played more than 1000 concerts in many countries including USA, Canada, Australia and Japan. For many times he has played at the most prestigious festivals, like: WAKEN, Grass Pop, Rock Hard, Rock Sound, Brutal Assault, Tuska, Inferno, Arrow Rock, With Full Force, Hellfest, etc. He had the opportunity to play at the biggest stages in the world for hundreds of thousands of people (in 2003 for 350 000 people at the Woodstock Festival in Poland), supporting the biggest bands in the music history like: Metallica, Slipknot, Korn, Slayer, Aerosmith, Motorhead, Danzig...and many many more. In addition to the 17 full length albums and 5 official DVDs released all over the world with tremendous studio and live experience, NOVY has also been named one of the best bass players in all of the industry related magazines for the past few years.

Novy curentl signed a world-wide management deal for his new band, "Road's End" with DesertCore Management & Consulting LLC, writing new material, finalizing the line-up and getting ready to talk to record labels with the hopes of being able to have us begin to tour in 2010. 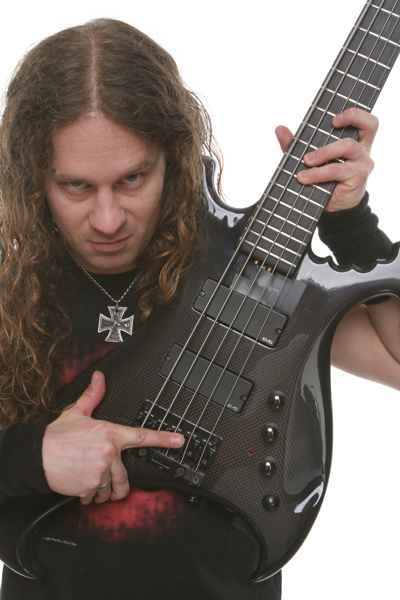