Koichi Fukuda is the lead guitarist, programmer, and keyboardist for the industrial metal band Static-X.

He was present on the band's debut album, Wisconsin Death Trip, but left the band prior to the recording of their second album, Machine, citing personal problems due to excessive touring. However, he did still contribute keyboards to the record. He rejoined Static-X after the firing of their then-current guitarist, Tripp Eisen, at the end of the recording process of the 2005 album Start a War, and was also present to record their 2007 album, Cannibal.

Between his stints in Static-X, he formed another, less aggressive band, called Revolve. Drawing comparisons to early 30 Seconds to Mars, they were very successful locally and played several concerts in and around the Los Angeles, California area. They released several demos as free downloads on their website, and released one EP containing several reworked versions of previously released demos, as well as a few new tracks.

Currently you can catch Koichi rocking the new EMG SA-X's with Static-X on the Snowcore Tour 2009 promoting their new album, Cult of Static. 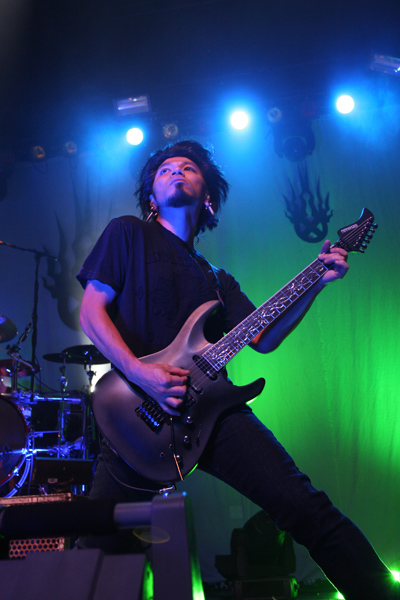