Over the years, the quintet has issued a steady stream of modern Metal classics, including the full-length disc "The Stings Of Conscience" in January 2001, "Endless" a year later before signing with Metal Blade and issuing "The Oncoming Storm" in June 2004; it peaked at #6 on the U.S. Top Independent Albums chart and reached the #105 position on The Billboard 200. All the while, Unearth continuously crisscrossed the globe, becoming one of the hardest and most consistent Metal touring bands playing alongside some of heavy-Rock's top names, including Slayer, Slipknot, Killswitch Engage, Lamb Of God and many others.

But with the arrival of "III: In The Eyes Of Fire" in August 2006 Unearth scored their most worldwide successful album yet; it instantly earned unanimous glowing reviews and debuted at #35 on the Billboard Top 200 chart.

In October 2008, they returned with the fourth studio record, "The March"; the album has a theme of both the evil and hopeful sides of humanity and features abundant guitar solos and a bulldozing power-groove. 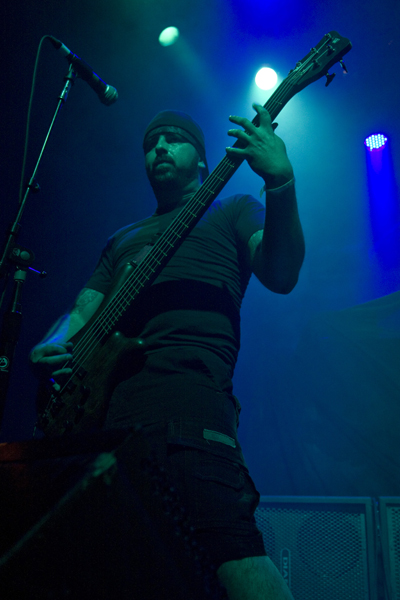