The seed of Maná sprouted in the 80’s in the Mexican city of Guadalajara, when a group of ambitious teenagers with a bongo started a band called Sombrero Verde. The band began by playing covers from the groups they admired (Beatles, Stones, Led Zeppelin and The Police) but eventually dared to write their own rock, which reflected their Latin roots and was written in Spanish, even before this practice became commonplace. Looking to renew their image, the band adopts the name Maná, under which they would gain international recognition. The name Maná was chosen because of the significance it has in the Polynesian language: “Positive Energy,” not precisely for its biblical connotations. Nonetheless, the change did seem as though it was heaven sent, as it enabled them to reach a level of professionalism they had previously been denied.After a few line up changes in the guitar position, they finally found the talent they were looking for in the guitarist Sergio Vallín, whose amazing sensibility, technique and versatility imparted a different shine to the sound of the guitars on the bands recordings. Sergio plays Lloyd Prins guitars loaded with the EMG-81/SA/SA combination whose sound he describes has "pure velvet and subtle smoothness" that enables him to capture "every nuance" of his playing. When he plays an H/H setup he plays our 81/89 models.Experience yourself why this is one of, if not the biggest band, to ever come out of Latin America, and Sergio is one of the most talented musicians we have come across. 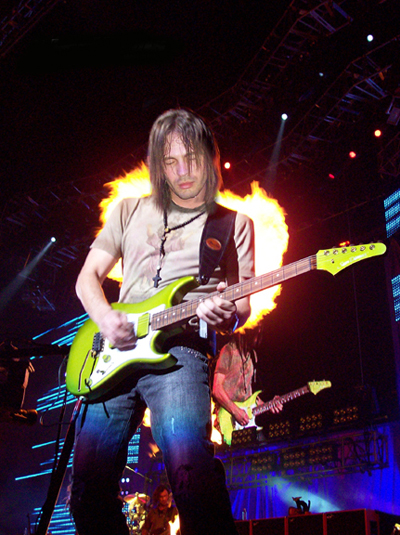