Pat O'Brien is the guitarist for the death metal band Cannibal Corpse. He is the writer of some of the more complicated songs, including Hatchet to the Head, Systematic Elimination, Frantic Disembowelment and Blunt Force Castration. He is featured on the albums Gallery of Suicide, Bloodthirst, Gore Obsessed, Worm Infested, The Wretched Spawn, Kill, and Evisceration Plague.

Pat O'Brien joined Cannibal Corpse in 1997 after recording The Politics of Ecstasy with Nevermore in 1996, replacing Rob Barrett on guitars. He currently plays Ran Guitars and has a signature model through them. He also uses Mesa Boogie Amplifiers, Crate Amplifiers, and EMG 81/85 Pickups. 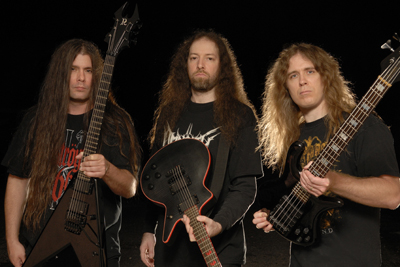