Not to be defined by any single ability (bassist, guitarist, drummer, songwriter, record producer, band leader and radio show host), Mr. Hardgroove is a seasoned professional and a sought after talent among some of music’s most respected figures. Mr. Hardgroove, who is a big fan of the V-Studio 20, sites Eddie Kramer (Jimi Hendrix, Led Zeppelin, Kiss) Jack Douglas (Aerosmith, John Lennon, Cheap Trick) as two of his closest and most trusted advisors in the music business, and has been able to utilize their shared knowledge to successfully craft an extremely unique production and performing career for himself.

As bassist/bandleader of the legendary rap group Public Enemy, Mr. Hardgroove travels the world in search of new and exciting artistic ventures. Producing records for two of the biggest punk bands in China (Demerit and Brain Failure), is just a few of Hardgroove’s recent international music endeavors. Always seeking new challenges, Hardgroove has signed on as production supervisor and bassist for the James Brown Tribute tour. Anchored by funk-rock superstar Bootsy Collins, the tour promises to be the beginning of a “funk-tastic” annual tour extravaganza. 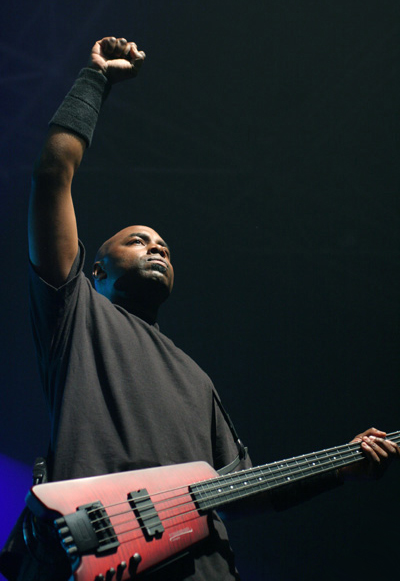