Among the youngest bands ever to storm the metal genre, Death Angel has come to be known as one of the most influential bands to emerge from the thriving Bay Area Thrash Metal Scene in the early 1980s, an era when one could catch Cliff Burton (Metallica) at the front of the stage at Ruthie’s Inn banging his head to Death Angel’s inventive style, and speedy, complex arrangements. When it comes to throwing down sick thrash riffs, Ted Aguilar is the man. One half of the wall of guitar along with Rob Cavestany, his guitar tone is thick and creamy and fat, with crystal clear distortion, perfect sustain and attack. Ted plays the 81/60 combo, getting a tone that drives a mosh pit like no other. 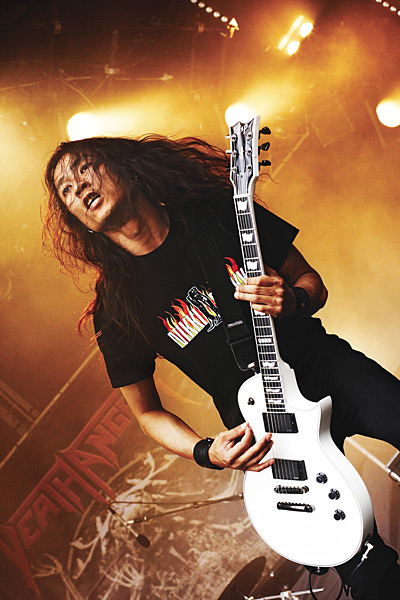