Ian Hill is a founding member and bassist for the Birmingham-based heavy metal band, Judas Priest.

Hill learned how to play the double bass from his father, a bass player for local jazz acts. His father died when he was only fifteen, but his contribution to Hill was the foundation for years to come. In 1970, together with schoolmate K.K. Downing, Hill went off to form pioneering heavy metal band Judas Priest. He has been playing bass for the band ever since and has witnessed the band achieve platinum-covered status around the world.

Hill is known for his solid and melodic bass playing, which proved to be the ideal background for the dual guitars of K.K. Downing and Glenn Tipton and Rob Halford's operatic vocals. He also played a twin-neck bass guitar in concert on the DVD Electric Eye. During the early years of the band, he played bass finger-picking, like most bassists, but in the band's later years, he began playing with a pick. On rare occasions, he still plays with his fingers. 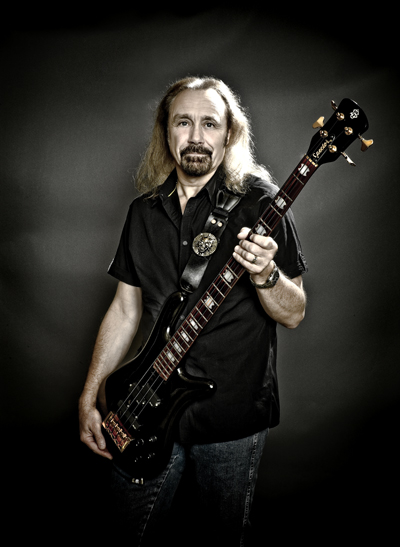