Delivering a sound that is both fresh and uniquely her own, Calise combines crunchy guitars and cutting-edge production with an instantly identifiable vocal that is hauntingly beautiful and completely raw all at once.

Currently living in Los Angeles, California, Calise has appeared in several national TV commercials (Almay, Cherry 7Up, Cover Girl) and she has been featured and/or interviewed in Blender magazine, Guitar World, and the how-to/method book, "How to Succeed as a Female Musician" alongside such notable musicians as Lisa Loeb and The Donnas. Her music is in heavy rotation on MTV/VH1 Networks, and her single, "Pull It (Bullet)" is one of the highest charting songs in AUS/NZ.

Calise is now creating the follow-up to her 2007 debut album, "Morning Pill," and gearing up for an international military tour with the Armed Forces.

"Throw your words at me, I’ll have my way with them," ~ Alexx Calise. 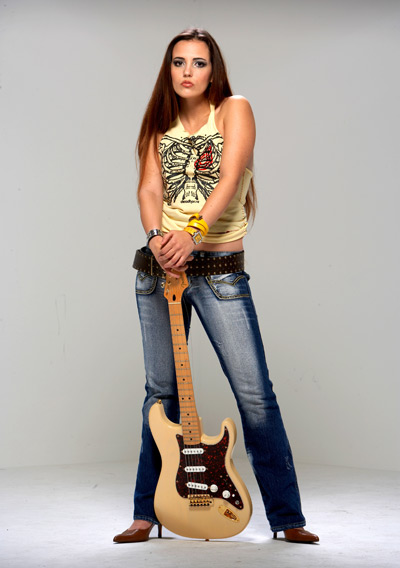