Claudio Sanchez is the lead singer and guitarist for the alternative/progressive rock group Coheed and Cambria.

Claudio is from Nyack, New York and formed Coheed and Cambria in 1995. The band was originally named "Shabütie"; however, the name was changed to "Coheed and Cambria" when drummer Nate Kelley departed. The band incorporates aspects of progressive rock, post-grunge, and post-hardcore.

Coheed and Cambria's albums are concept albums that reveal a science fiction storyline called The Amory Wars, a series of comics written by Claudio. The band has released four studio albums, two live albums, and several special-edition releases, with their latest release being Good Apollo, I'm Burning Star IV, Volume Two: No World for Tomorrow in 2007. In 2008, the band held a four-day concert series, Neverender, during which they played their studio albums in succession. They are currently working on their fifth studio album which will be a prequel to the series. 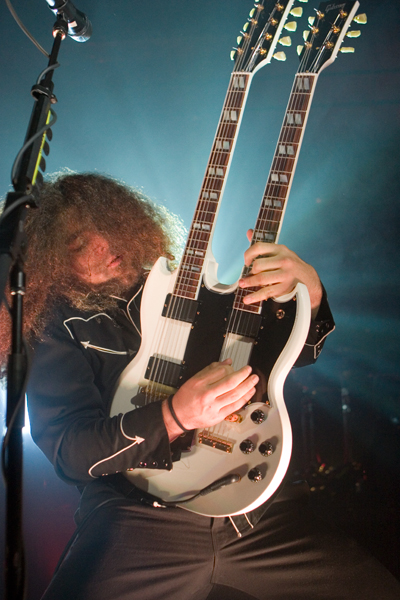