Blistering out of the bowels of the Pacific, Corrupt Absolute has dominated the metal/hardcore scene in the Pacific with over a decade of live shows, 4 CD releases, an impressive list of corporate sponsors and the distinction of being the first American metal band to ever extensively tour mainland China. Corrupt Absolute (formerly known as 8mm Overdose) continues to thrive worldwide without any hint of slowing down utilizing unrelentless self promotion and an unparalleled work ethic. The band has accomplished what few have done without the support of a major record label in the very competitive music industry. Being Hawaii’s most successful metal/hardcore band has also earned them the distinction of being the only Jagermeister sponsored band in the state and the only metal band in the state to be signed with a mainland label (Malt Soda Recordings).

Corrupt Absolute has built on their touring success with the use of sponsors. Since their inception in the mid 90’s, the band has persisted with a vengeance in maintaining their old-school roots. Critics have long hailed the band's musical assault as a sonic wall of aggression, mixing the simplicity and brutal riffs of the early ‘80’s hardcore sound with percussion and vocals of thrash metal. Simply stated by the sound engineer on Slayer’s 2004 Jagermeister Music Tour after Corrupt Absolute’s blistering opening set, “Finally! A band opening for Slayer that sounds like they should be playing with Slayer!”

Fans of all styles are drawn to Corrupt Absolute & their intense live performance. Throughout the years, Corrupt Absolute has shared the stage with icons such as Slayer, Hatebreed, The Black Dahlia Murder, Sepultura, Marylin Manson, Suicidal Tendencies, Pennywise, the Deftones, and the Misfits. In addition, working closely on film/soundtrack projects with adult film maker Max Hardcore in his “Harder Than Hardcore” series of films has opened doors previously unavailable to bands of this genre. While songs such as “Fister” are potentially unsettling, the honesty and real life rawness of the band and their subject matter has an attraction that definitely cannot be ignored. As an indication of their widespread notoriety, companies such as “Metal Mulisha”, “Transworld Productions”, “Hawaii Extreme Sports” and countless other extreme sporting movies and TV shows have licensed the use of their music.

2010/11 will see the release of “Root Junkie” on Malt Soda Records, along with upcoming tours of China, Japan, Philippines, the US, Europe and Australia. Having earned their current status through years of work, continual networking with sponsors, endless street level self-promotion and pursuing non-conventional approaches to the music industry…like a punch in the face, Corrupt Absolute is hard to ignore. 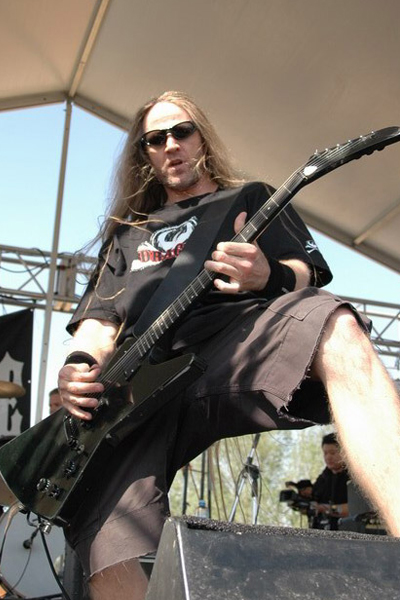